Shepherd’s Bush Market is a market unique amongst others – a thriving and diverse trading community built upon a rich tapestry of history and located deep in the neighbourhood of W12.

For the past 107 years, the Market has captured the hearts and minds of visitors, residents, and traders alike and in the process built deep ties to the surrounding area in which it serves. It's a place where you can uncover fourth generation family knowledge, find food from all corners of the world, discover speciality wares and perhaps most importantly build the bonds that tie us to the space in which we eat, shop and live.

Shepherd's Bush Market is a place where cultures, characters and produce all combine into one uniquely Shepherd’s Bush space, a space treasured by all those who go. Because if you know, you know. 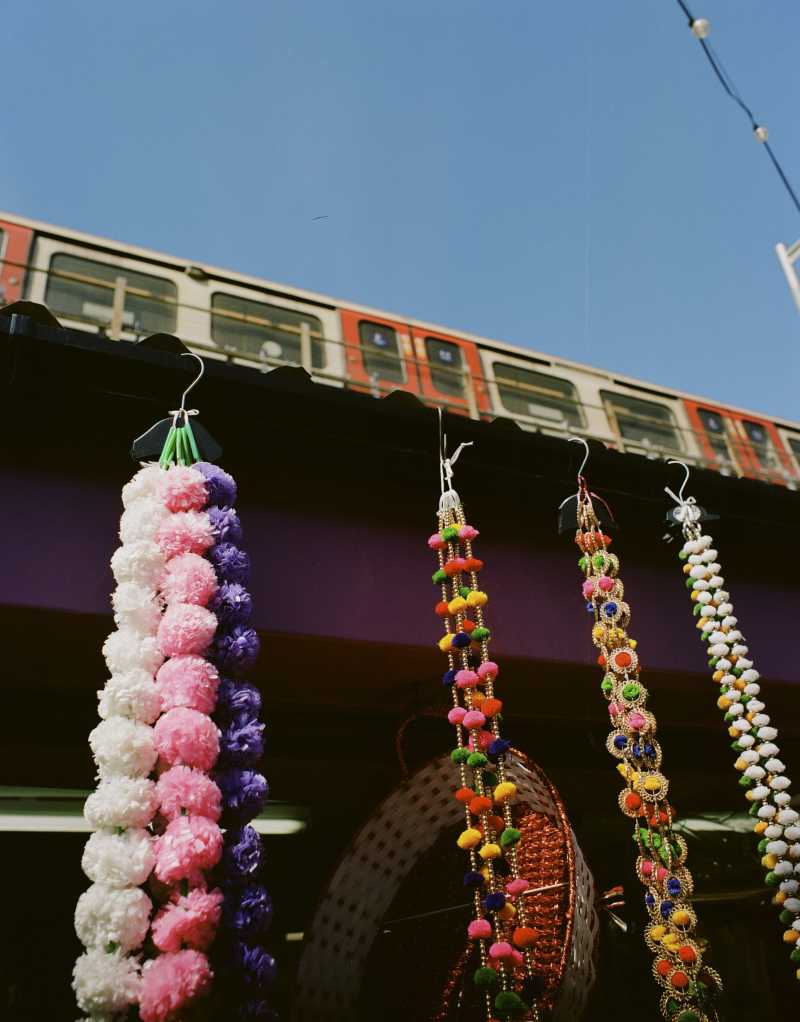 No one thought the market was going to last a year, let alone a century, when on 30 June 1914, John Crowe, a shrewd entrepreneur, invited costermongers to set up their stalls on Railway Approach.

Railway Approach already had a handful of businesses under the railway arches at this time, some that had been trading since 1863 when the viaduct was first built. This included furniture dealers, a coal office, a printer’s, a horse butchers, and an undertaker’s parlour. And they weren’t especially pleased about their new neighbours. One antique dealer complained that “the place is swarmed with boys of the worst possible type who sit on the kerb eating apples and bananas”.

With Britain on the brink of war, John Crowe’s market proved to be short-lived. It was closed in 1915 to make way for the billeted troops.

The Market was next given a new lease of life in 1918 as soldiers returning from the Western Front were offered stalls to help restart their lives.

Never Had It So Good (Post-War Years)

The market traders did their best to keep calm and carry on as the Luftwaffe’s bombs rained down on West London during the Second World War. In February 1944, during a five-month Little Blitz, a doodlebug hit the market, wiping out six shops and leaving dozens more temporarily out of action. Threatened with closure by London City Council on safety grounds, the traders rallied together and had the Market open again for business in a matter of days. Talk about Blitz spirit!

After the war, things gradually returned to normal. By the 1950s, Prime Minister Harold Macmillan declared we’d never had it so good, and you could almost believe it. At the Market you had lovable Uncle Albert in his wire-rimmed spectacles, bowtie and baggy trousers selling toffee apples – a treat for well-behaved children. There was Alfred Mordeia in his apron demonstrating his eggbeater to a crowd of curious onlookers.

In Ellis’s Pet Stores – still in exactly the same spot today – there was a menagerie of kittens, puppies and rabbit – as well as a talking macaw. If you asked nicely, you could stroke the pets. Elsewhere, you could buy second-hand paperbacks at the bookseller, and sell them back at half-price when you’d finished reading them.

On Saturdays, ‘Lucky’ King, the king of banjo players, one foot on his battered banjo case, brightened up the mood with his upbeat melodies. There was always great camaraderie among the traders and in later years the market committee got together for dances at the Royal Albert Hall.

Through the London smog, the seeds of multicultural Britain were being sown at this time. Commonwealth citizens from India and Pakistan began arriving in large numbers after both countries gained independence in 1947. The following year, after the Empire Windrush docked at Tilbury, many people from the Caribbean also began settling in West London on the promise of work in factories, hospitals and on the tubes and buses.  Lord Kitchener, the famous calypso singer, sang: “To tell you the truth, I was in a mush, when I found myself in Shepherds Bush.”

Inevitably there were tensions between these new arrivals and the established communities – riots erupted in Notting Hill in 1958 in response to Teddy Boys violence – but the Market always acted as neutral ground. Like in Brixton Market, at Shepherds Bush shoppers could find an ever-growing array of products for West Indian, African and Indian communities including sweet potatoes, okra, paw-paw, mangoes, black eye and gunga peas alongside garden-variety sprouts, cabbages and spuds.

The sixties may have been swinging on the King’s Road in Chelsea but in Shepherds Bush, where the Westway loomed over the Green and new tower blocks sprouted up, things were still a little rough around the edges. Roger Daltrey, the lead singer of The Who, grew up just a few streets from the market and knew it well. When in 1967, The Who headlined the Monterey Pop Festival, he was wrapped in a “hippy shawl” according to the music press, which later turned out to be tasseled tablecloth he’d picked up in Shepherds Bush Market.

W12 was also the stomping ground of Steve Jones and Paul Cook, two wayward youths who went on to form the Sex Pistols in 1975. They met at Christopher Wren School and would nip down to A. Cook’s Pie & Mash shop on their lunch breaks whenever they got the chance.

in 1960, the BBC Television Centre opened in White City and provided a steady source of business for the Market. One stall that reaped the rewards was the Newman Hire Company, an Aladdin’s cave of lamps, clocks, statues and bric-a-brac run by Aubrey Newman.  Originally it had been two units piled high with trunks and suitcases, now it had become a major supplier of props to the BBC and the film industry – its credits include the James Bond classic Casino Royale. The Market also featured in the 1965 Palme d’Or-winning film The Knack… And How to Get It and in Calculated Risk 1963.

Ask any stallholder, they’ll tell you the 1980s were the golden years for Shepherds Bush Market. The crowds on Saturday mornings were so thick that at some points you had to walk sideways to squeeze your way through. Heaven help you if you were pushing a pram. The staccato patter of cockney stallholders, the polyrhythms booming from the African Music Centre, the red bream and live crabs glistening at W. H. Roe’s, the scent of incense sold in foil-wrapped packs, there was nowhere else like it in West London.

In 1989, SBM Enterprises acquired Shepherds Bush Market from its previous owner, director Michael Winner’s father. Their initial proposals to build a Victorian glass roof over the market – a kind of crystal palace – came to nothing. In 1997 the market underwent a £1.5 million modernisation, with floodlighting and CCTV. The grand opening was hosted by Vogue and Cobra from the ITV show Gladiators.

Little by little, textiles came to dominate the Market. Classic Textiles was one of the first –their fabrics have been used in Harry Potter films and on Strictly Come Dancing. These shops along Goldhawk Road and in the Market itself are popular with tourists from the Middle East. For these visitors, Shepherds Bush Market is as much a London landmark as Big Ben and Trafalgar Square and you can find poplin, taffeta, chiffon, voile and exquisite brocades as well as bright Dutch wax cloth. It is also a treasure trove for the London College of Fashion students on Lime Grove on the other side of the viaduct.

Today the Market continues to attract a faithful clientele. Gone are the horse butchers and the funeral parlour of old, but you’ll still find Ellis’ Pet Store, Billy’s Jewellery Store, Laura’s Fruit and Nut Case and Bush Bedding, to mention just a few.

MORE FROM THE MARKET